The Nesta project I’m currently working on is looking to identify challenges we face as a society. Under the theme of health, we have been discussing various challenges that might be solved in the future through science and technological intervention or development.

The Health panel is led by Dame Sally Davies, Chief Medical Officer for England, who has publicly stated her concern that over-prescription of antibiotics is causing antimicrobial resistance. At a G8 meeting on health in June Davies said, “If we don’t take action, then we may all be back in an almost 19th Century environment where infections kill us as a result of routine operations.”

After discussions with our expert panel last month, it became clear that a possible future ‘fix’ to this problem might be a cheap (no more than 10p per unit) test that distinguishes viral from bacterial infections.  This would reduce the number of viral infections mistreated with antibiotics. Such a testing device might even be able to tell which type of bacteria are present, reducing the probability of prescribing the wrong form of antibiotic. 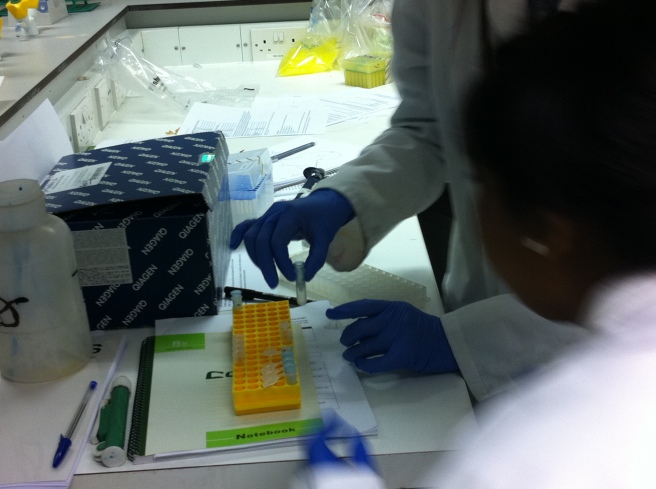 Antibiotics are also misused by patients, often forgetting to complete a full course or taking old prescriptions. A test kit will help doctors’ prescription accuracy but it isn’t going to help the patient become more responsible about finishing the course of antibiotics. However, I want to explore how the technological fix might be part of the solution. For the most effective intervention we must see the problem of misuse by patients and the problem of mis-prescription by doctors as part of a bigger problem, a socio-technical one, that can be tackled holistically.

STS scholars often take a negative view of the ‘technological fix’. Rosner suggested that the term has come to be associated with a quick cheap fix using inappropriate technology. However, for some the technological fix was everything. Weinberg was one of the first to discuss the technological fix in the 1960’s. He used the example of the intrauterine device (IUD) as a means to stop unwanted pregnancy because it avoided the need to change people’s behaviour; it “provides a promising technological path to the achievement of birth control without having first to solve the infinitely more difficult problem of strongly motivating people to have fewer children”. This intervention embodies the cause – effect relationship, connecting problem to solution, which Sarewitz and Nelson argue is one of the three rules that determine the appropriateness of a technological fix for a social problem.

I propose that the technological fix is appropriate for some social problems, however I argue the all or nothing approach set out by Burke or Weinberg is flawed. The technological fix can happen alongside a social, political or economic intervention to achieve the best outcome – the ‘techno-social fix’.

According to Sarewitz and Nelson, the key to effective innovation policy is to distinguish problems that are amenable to technological fixes from those that are not.  Using Sarewitz and Nelsons three rules we can see how part of the antimicrobial resistance problem can be solved through the ‘fix’ of the test kit.  The first rule states the ‘technology must embody the cause effect relationship connecting problem to solution’. The effectiveness of a test for bacteria is independent of the person giving it; the test kit or ‘artefact’ encapsulates the essence of what needs to be done. The second rule states ‘the effects of the technological fix must be assessable using relatively unambiguous criteria’. Test kits are trusted tools in other forms of biological analysis, such as HIV testing, or blood sugar levels. Universal agreement leads to ‘operational cooperation’. The third rule is ‘research will solve a social problem when it focuses on improving a standardized technical core’. The standardised core in this case is the antibiotics themselves, providing the foundations from which improved practice can be implemented through an intervention such as test kits.